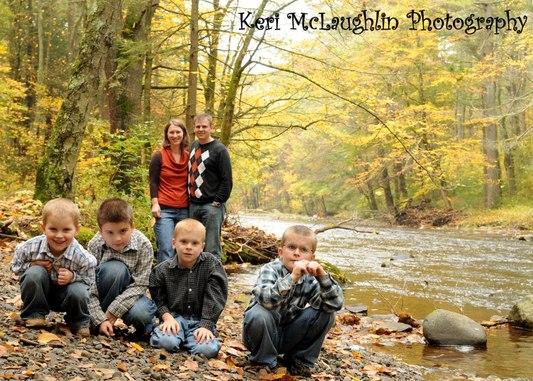 We met each other in university choir -- Abby from Pennsylvania & John from Nova Scotia, Canada.  We were smitten.  And by God's grace, we knew our lives would be more usable as a team than as singles.  So we were married in 1999.  After some time in the workforce for Abby and some higher education for John, we moved to Canada.  All four of our boys were born there.  Four boys in five years.  Yes, we are very blessed.  Lots of diapers and sleepless nights back then, but that's all a blur now.


We spent nearly 10 years working in various lay capacities and full-time ministry opportunities, until God opened the doors for us to move to Pennsylvania and assume the role of senior pastor with a growing congregation.


God had placed adoption on our hearts within a year after our fourth son was born.  We began to research and pray about this possibility.  While still living in Canada, we decided to go ahead and start the process.  However, when it became clear that we would be moving to the States again, we decided to put the process on hold.  Now we are ready to pursue this calling again.  We are excited to see what God will do!

Father of the fatherless and protector of widows is God in his holy habitation.
Powered by